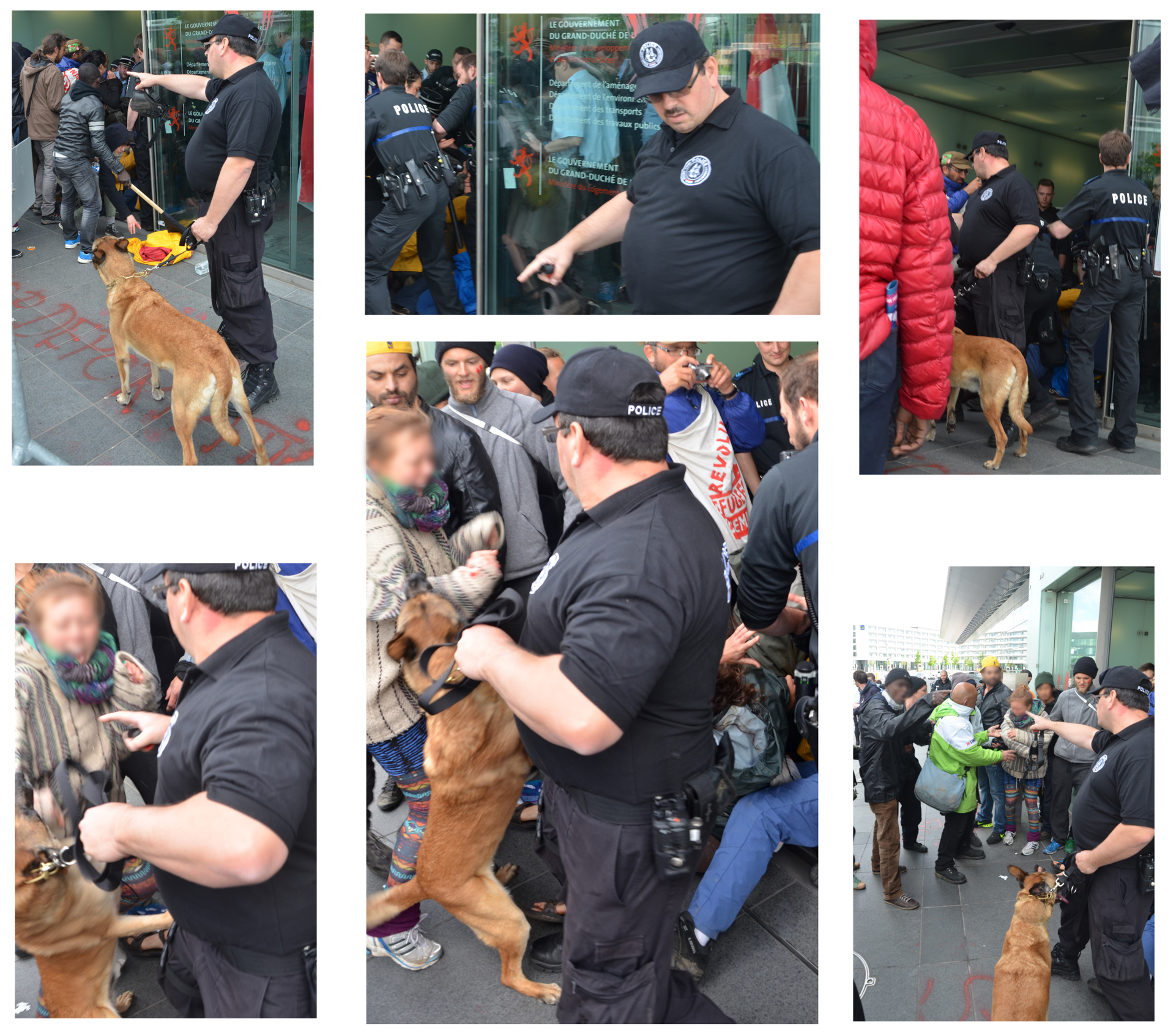 Today we were brutally attacked by police forces in Luxembourg during our peaceful blockade action against the summit of the European Council. While the Ministers of Interior Affairs of every EU member state were sitting inside behind closed doors speaking about the Mediterranean Task Force, the new Executive Director of Frontex as well as better ways! to administrate the Schengen Area. As the agenda of the summit concerns us, the victims of their laws and policies, we wanted to send representatives of the Protest March for Freedom to read out our demands, since our voices – as a group that‘s fighting for the rights of the oppressed – should be the priority topic of such a summit. Our peaceful blockade got violently smashed by the police and security forces in and around the conference building. During their whole operation the police was not communicating with us in any way, even though most of the officers speak three languages (english, french and german). They ignored all our attempts to talk with them in order to explain to them that we want to talk in behalf of the refugees in the summit. Pepper spray attacks, beating with battons, kicks and bites of the police dogs were the only answer we received. The police also told us that in case we move further into the building where the summit took place, they have the authority to use their guns against us. Many of us got injured.

We got pushed back and therefore gathered in the middle of the square with our banners and loudspeakers. We held speeches in order to make ourselves be heard from the outside, as our demand to participate in the summit continued to go totally ignored. Once again we read out our demands, addressed the police burtality and asked the police over and over again to stop escalating the situation as we are a non-violent protest march well known in the public.

Then, after we announced that we will continue with our march and started to leave, the police forces attacked our march once again. They surrounded us, blocked off all exits and started to attack us once more with pepper spray, physical violence and police dogs. Then they started to arrest the people from the march, targeting mainly refugees.

The protest march followed the arrested comrades to the police station escorted by dozens of police cars and police officers who on the way harrased over and over again those individuals from the march that were spreading flyers to the passing people. The march arrived at the front door of the police station and started a rally there. After several hours of protest our 13 comrades finally got released.

During the last twenty years – since 1993 – over 17 000 deaths have been documented in the mediteranean sea; People trying to escape from wars, poverty, exploitation and oppression. Though the problems that they are fleeing from are mostly caused by capitalist dominant countries, at the borders (of those countries) refugees face strong controls that are part of the racist policy that makes immigration ‚illegal‘. Human Beings who know that freedom of movement is their basic human right, face military operations both at the border and in the sea. Closed borders and strong controls are ending up creating an ungoing tragedy in the mediterranean sea.

We condamn this capitalist system which is isolating people and is depriving them from their basic human rights just to keep the profit growing.

We also condamn the brutal behavior and criminalization of the Luxembourg police that acted illegitimately violent towards us. We are struggling non-violently for our fundamental rights, like freedom of movement and residency. We do not allow state authorities to intimidate us with their illegitimate criminalization of our struggle; we never give up.

Tomorrow we will cross the border between Luxemburg and Belgium that‘s supposed to be controlled because of the G7 meeting. The politicians that gather there are the heads of those states that are responsible for our situation and the criminalization of the people who are victims of their racist policies. We will not let them restrict our lives, our rights or our freedom of movement anymore!

So still we will cross the border and therefore we call for your full support and solidarity. Especially media presence is in high demand!

We are here and we will fight – Freedom of Movement is Everybodies Right!

No border crossing is illegal! 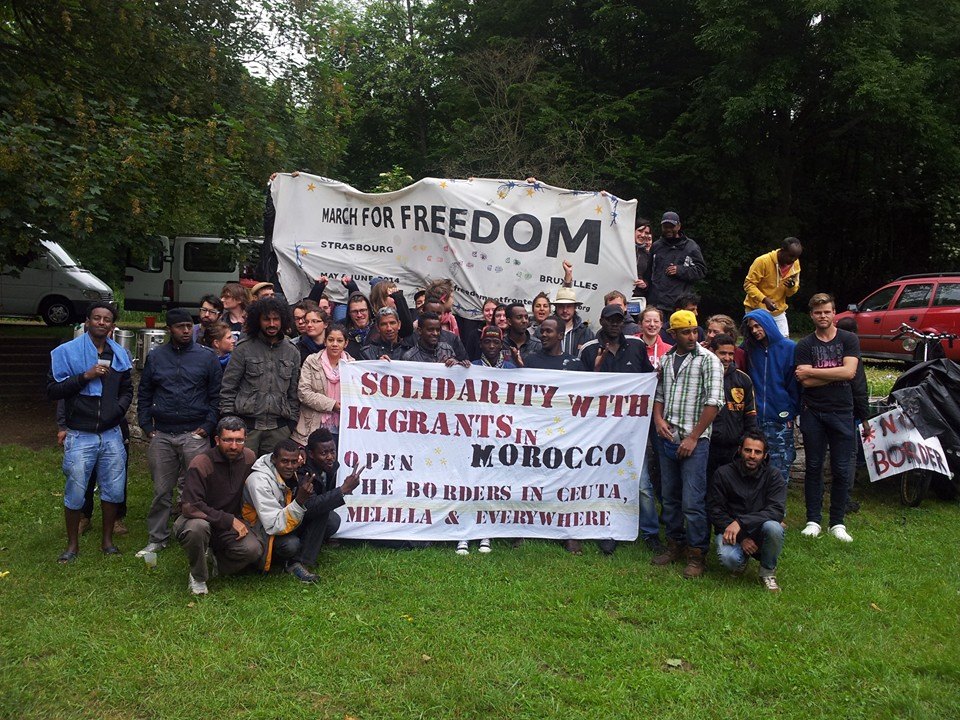