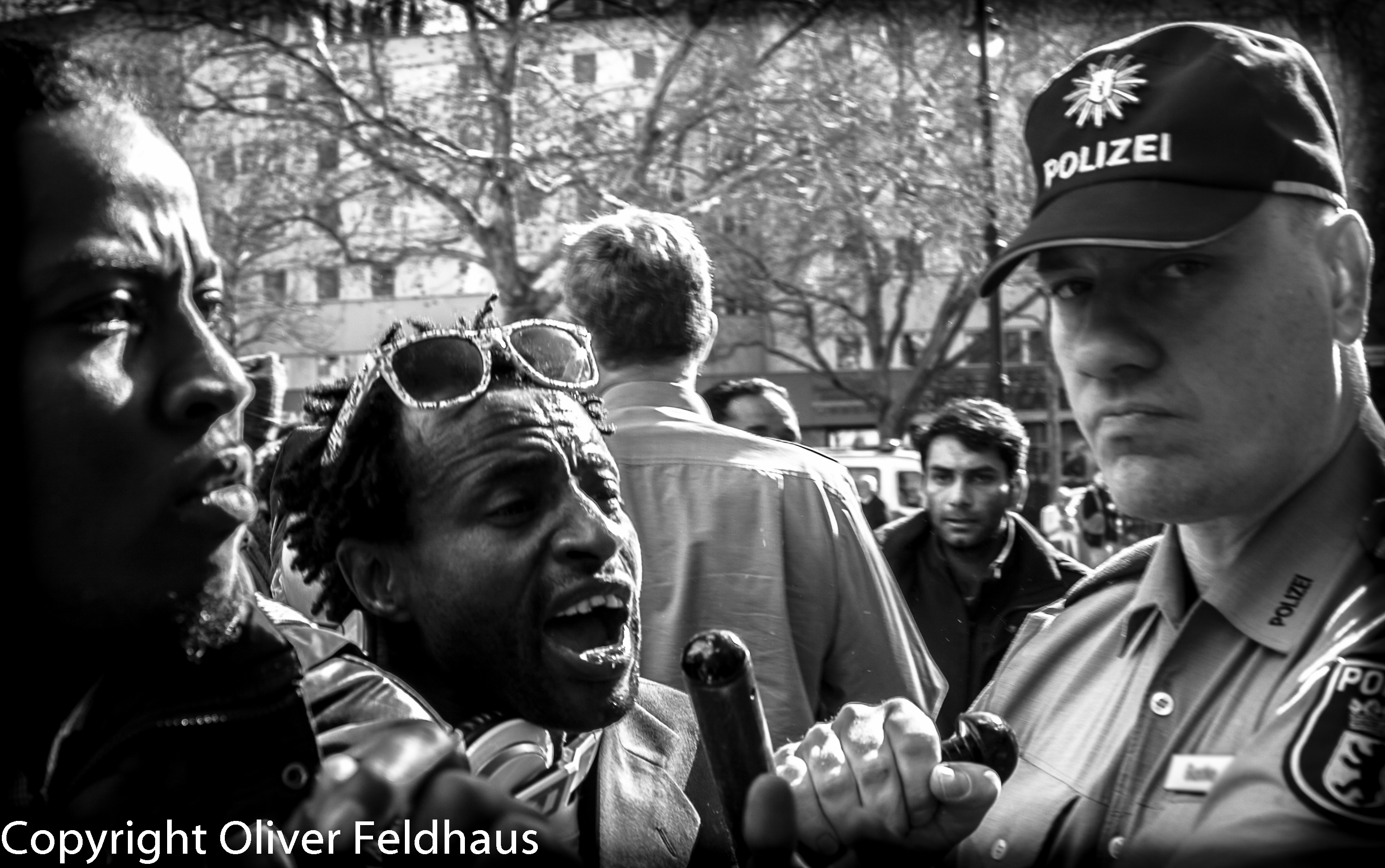 At 11 AM on 13.03.2014, when our demonstration was scheduled to begin in front of the Embassy of Mali in Berlin located on the first floor of a commercial building in Kurfürstendamm 72, there were merely one or two visible German police officers stationed in front of the entrance and only few more were nearby. This was a notable contrast to the majority of registered demonstrations by refugee protests in Berlin. Even as groups of mostly young and outraged demonstrators started to pour in over the course of the next hour, the police neglected to upgrade the security at the entrance. It should have been little surprise to anyone when approximately a third of the 60 protesters went into the building, in an attempt to ask the highest representative of Mali in Germany to issue a public statement on an alleged deal between the two governments: “development aid” in exchange for “deportation aid”. A controversial article published on March 5, 2014, on the news site Malijet.com (http://www.malijet.com/actualite-politique-au-mali/flash-info/95195-immigration_en_allemagne.html) accuses her “Excellency” of being complicit in this state-organized human trafficking. According to the journalist, she pushes her most destitute compatriots into signing a voluntary deportation agreement by offering them a ridiculous sum of 800€ and by threatening that if they refuse the offer, they will have to leave Germany. 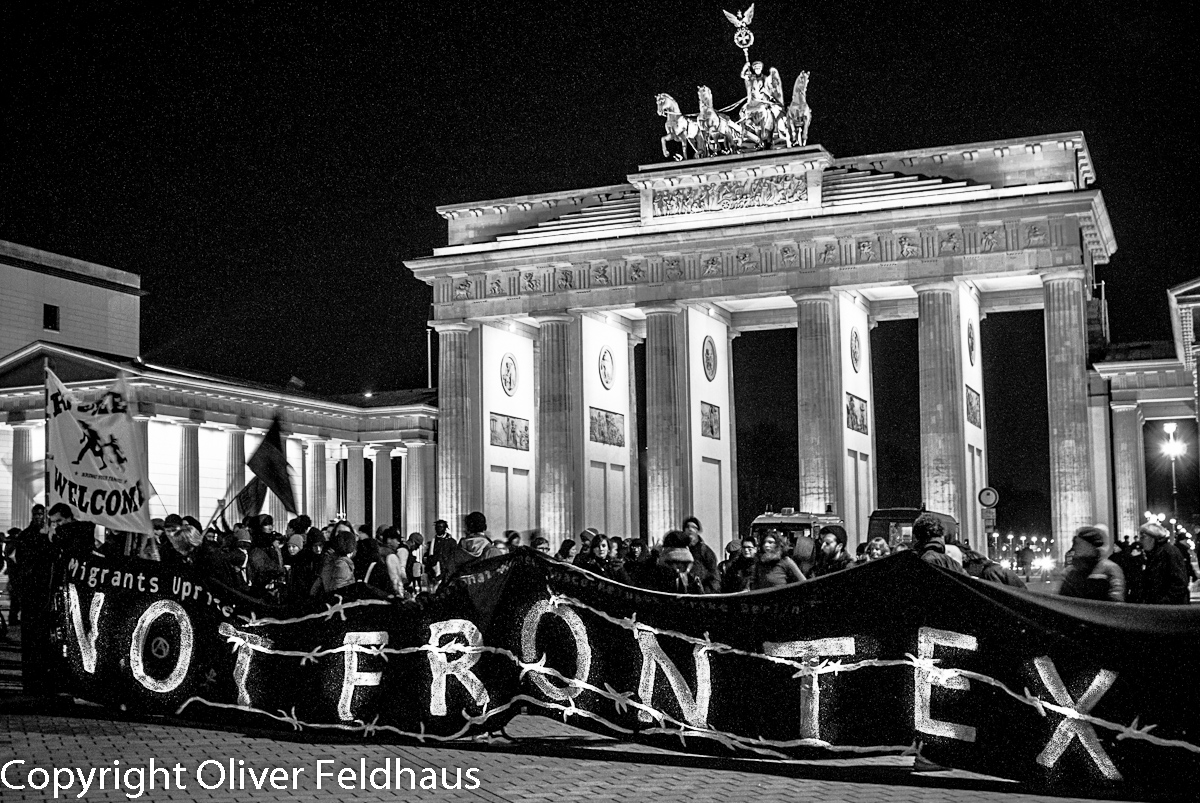 Blockade of Brandenburg Gate and Demonstration on International Day Against Racism 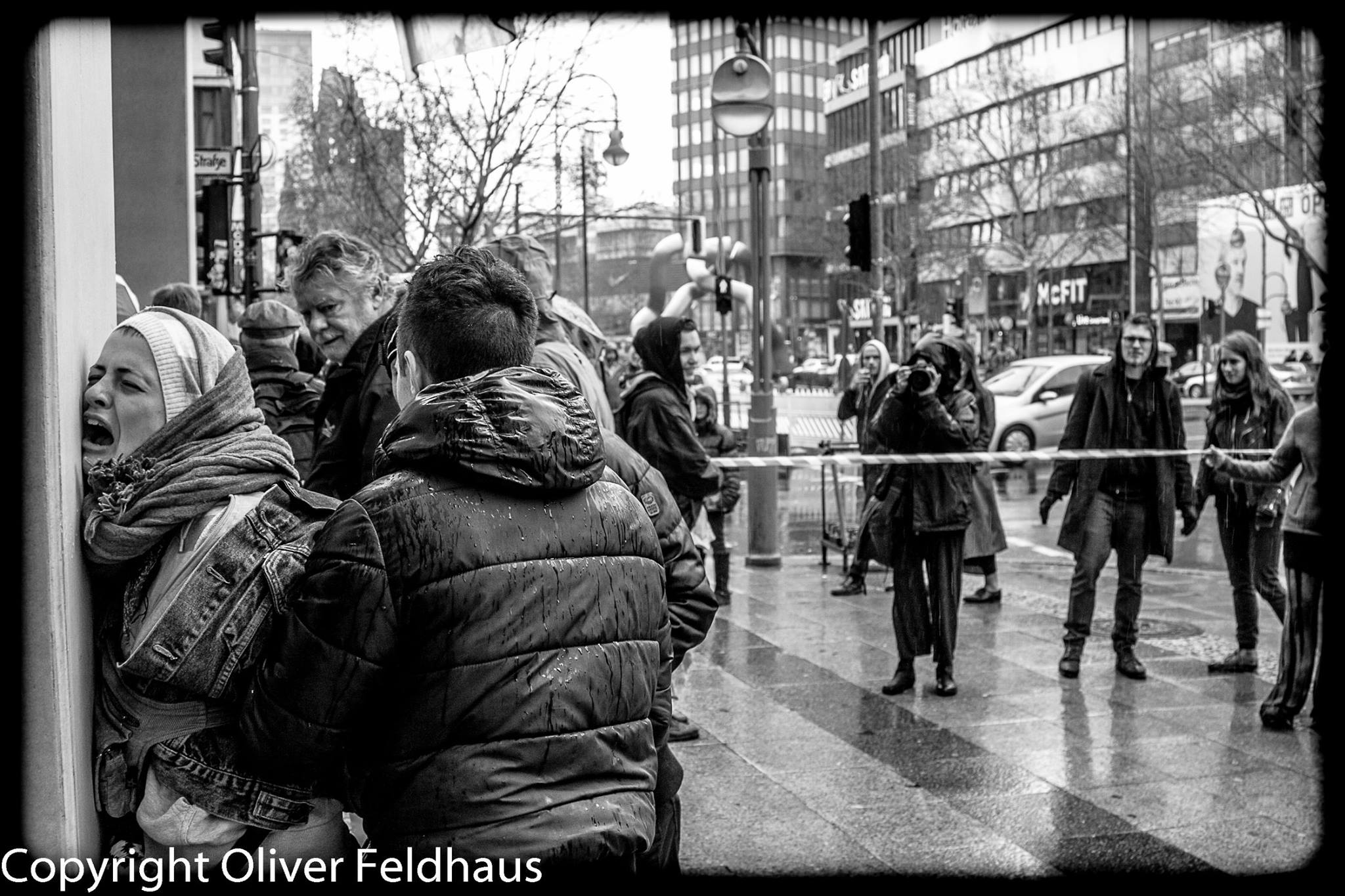 On the International Day Against Racism, a group of activists held a series of spontaneous demonstrations along Berlin’s Kurfürstendamm, as part of the international, decentralized, awareness-raising actions in advance of the Caravan/March to Brussels this May and June. The demonstrations took the form of temporary “borders,” street theater, staged arrests, blockades, and spontaneous passport controls of tourists and pedestrians. In addition to multiple blockings of Kurfürstendamm, borders were erected blocking of the entrance to UBahnhof Wittenbergplatz, and prominent retail stores such as KDW and Peek and Cloppenburg. 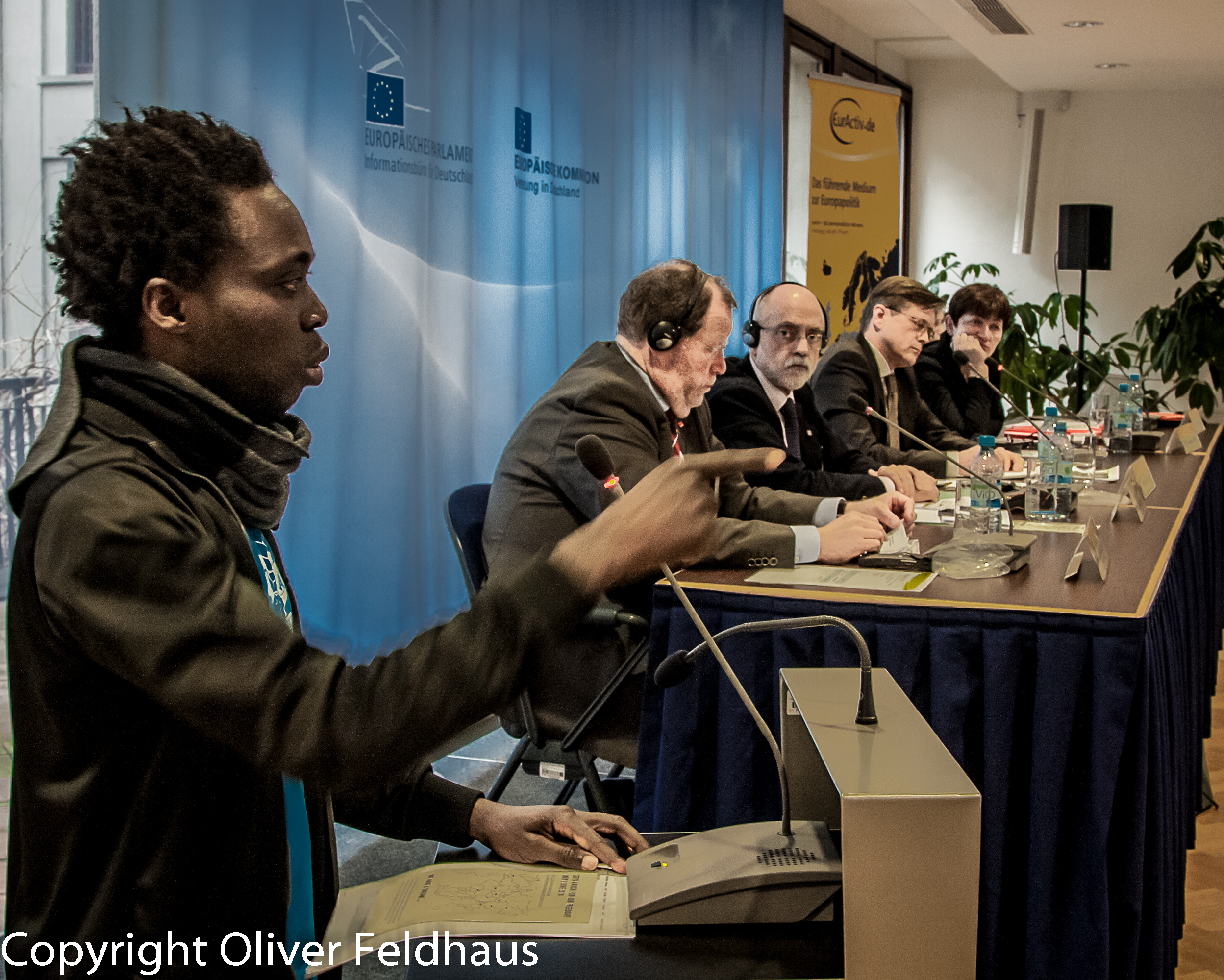 Crashing the EurActiv.de Workshop at the European Commission in Berlin

Without an invitation, a group of activists crashed the EurActiv.de workshop “Maritime borders of the EU – Where does the EU stand?” at the European Commission in Berlin and successfully demanded that refugee voices be heard. Gil Arias-Fernández, the deputy executive director of Frontex was among the invited panel members. “Freedom of movement is everybody’s right!”