This friday, the 20th of june, it’s the World refugee day. We invite you to mobilize this day everywhere you are to show your solidarity with all refugees in the world. This will be an occasion to show our anger to the authorities about the situation of refugees in europe. We are here because the western countries create problems in our countries. They are responsable for everything that happens there. Nobody wishes to be a refugee.

For one month we are marching from Straßbourg to Brussels to fight against the anti-migration system of the European Union. The March for Freedom will arrive the 20th of june in Brussels. We need a lot of people during our action week from 20th to 28th of june, especially during the summit of migration from 26th to 28th of june. Those who can’t join us there, mobilize in your Lagers and organize demonstrations!

Together we are stronger!

Today is the 20th of May and we make our first steps of the March for Freedom. We got very bad news from Berlin. The Berlin Police attacked our Refugee Friends in Gedaechtnisḱirche and arrested some of  the refugee strikers. Some of them are now in jail. Others were sent back unwillingly to their Lagers . All of our friends are in high risk of deportation. This is a solidarity message from the March for our Fighter Refugee Friends .

Our hearts are with you in Berlin, where ever we are. We are following your process; so dont think that you are alone! We are One!

This is also an official message from the March for Freedom to the german government. You have violated the rights of our fellow refugees with this repressive, shameful and injust treatment. And this shows us again that we only have one alternative to overcome the unequal situation in our life: Resistance against discrimination and racist refugee laws and policy. This movement showed in the last two years that we are serious about changing our situation and also about being united inside of the Refugee Movement. We refugees never leave our fellow refugee freedom fighters alone, and we are all ready to be always  in solidarity with our friends. Big and warm greetings in solidarity from the marching people to our friends (Asylum Rights Evolution) 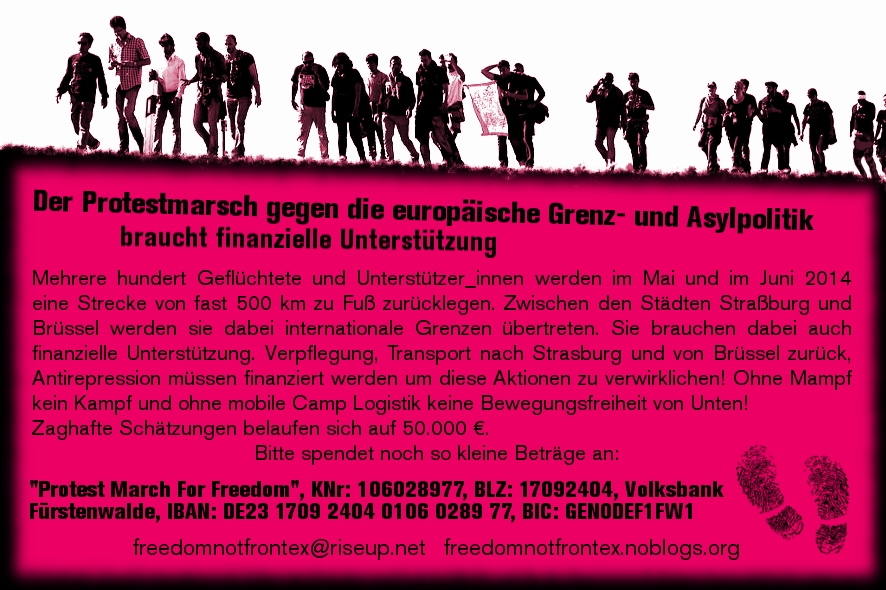 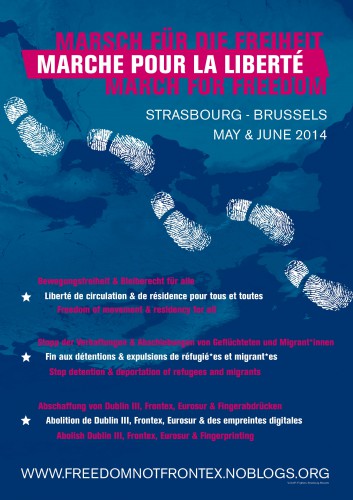