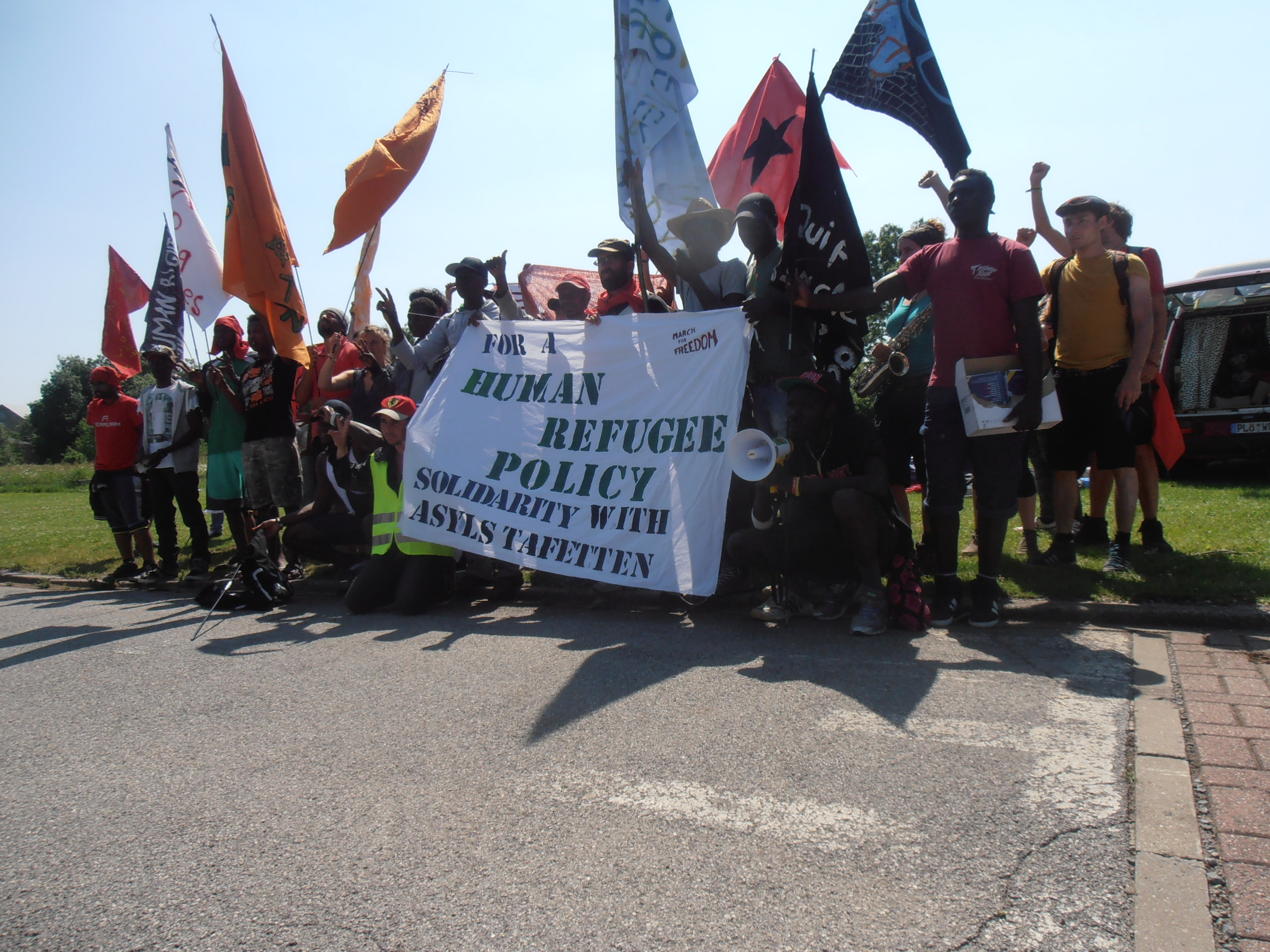 Movement “March for Freedom ” declares solidarity and support to the Swedish movement.

There are situations, in which we show up our attitude towards  them, such values as independency and freedom for which geographical borders do not exist and that is human rights. Despite the efforts of democracy, whose main value of humanity are human rights, fixed by a range of laws, conventions and agreements as an unquestionable truth, they however are not guaranteed for Everyone. Each of us tries to make the world better, because we can find nothing ready for us. Every year, hundreds of people, who fled their countries because of wars or other hazard, die in outlying districts of different countries (in the last 20 years, over 25 000 people had died), multiple asylum seekers who are safe (among them pregnant women, nurselings and infants, disabled and sick persons) and who passes immigration procedures, are in administrative prison facilities which, for correctness, the world called closed camps. In every country, which undertook obligation to protect the safety of human life, rights of asylum seekers are grossly violated today.

This year also our refugee friends in sweden ” want to give the authority and our politicians the chance to meet those who are affected by the political decisions made for refugees.”

They ”strive for a humane refugee policy where every individual will be treated with respect and dignity, no matter where you are born.”

March For Freedom start to move 18th of May from Strasburg and will come 20th of june to Brussels. We share the same anger with our fellow refugees who march in sweden

1 thought on “SOLIDARITY WITH MARCH IN SWEDEN”